Have the 2,100 Abu Ghraib photos been released yet?  I don’t know, but I am so sick of reading how these photos do not endanger American lives.  And yes, I understand that a federal judge much smarter than me disagrees.  Although it will never be the right time for the photos, I am fairly certain now is a bad time. 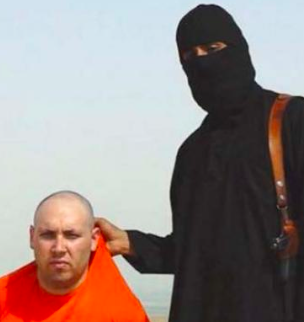 We’ve seen what 3 beheading videos have done in the US.  I did not know James Foley, Steven Sotloff, and David Haines.  Most of us did not have the chance.  But we feel the disgust, the heartbreak, the hate when we see the images.  Thoughts of killing the executioner in various fashions undoubtably cross many minds.  Now imagine seeing 2,100 more videos.

What if we only saw:

And read the full transcript of the beheading video here.

The facts do not change.  Isn’t the death of James Foley just as egregious?  Just as disgusting?  Just as heartbreaking?

Americans are being picked off solely because they are Americans.  The Brits, because we’re friendly with them.  Men, women, and children in Syria because “they don’t follow Sharia Law.”  Violence is never rational.  You think after seeing 2,100 new photos, ISIS will be like, oh, no problem, it doesn’t change a thing…different time…different people.

It’s important to understand that you can’t argue with crazy people.  The rules of reason cannot apply.  And every normal functioning person has something they are crazy about–try converting a democrat to republican, or a Christian to Islam…resolve science and religion, Palestine and Israel.  Convince the Pope that birth control is A-OK.  Or simply, persuade a vegan to start eating meat.  There are plenty of more intelligent and accomplished people than you and I, on both sides.

The torture at Abu Ghraib–it’s disgusting, revolting, and people must be held accountable.  Maybe the ACLU and the Department of Defense can stipulate to the contents.  Maybe some of the greatest minds and humanitarians out there can figure something out.  Want to protect our troops?  American lives?  Bask in the warmth of the Freedom of Information Act another time.  You don’t have to be president to help win this war (ok, it hasn’t officially been declared but whatever).  Tone down the entitlement.  As if in another country you could find things like the FOIA or a little thing called the Bill of Rights.  Wait, you know of such country?  Well don’t waste time telling me about it.  Move there.

Google will show you the photos already public–the images of abuse, torture, rape, and murder.  Abu Ghraib is not a secret.  Tell me even 1 more photo like this will not endanger American lives. 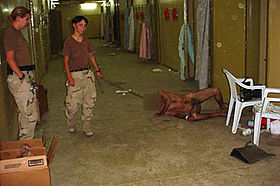 Every situation is different, even if imperceptibly.  This isn’t about a media black out or preventing ISIS from having veto power over what we see or don’t.  It’s about doing the right thing.

PS Oh, and if you want to crap all over my point of view, that’s fine too.  I would be crazy to argue with you about it.  According to Albert Einstein: doing the same thing over and over again and expecting different results = INSANITY.

It’s official.  The House of Representatives has voted that Speaker John Boehner (not to be confused with sext offender, former US Representative Anthony Weiner) can sue President Obama.  Although Boehner asserts “[t]his isn’t about Republicans and Democrats…,” he is, of course, wrong.  The 225-201 vote on Wednesday was down party lines.  Only 5 Republicans had the sense to side with the Dems.

This particular hot mess is over executive orders, essentially where the president writes something down that has the force of the law.  Roosevelt issued 3,522 orders and George W. Bush issued 291.  Obama is at 183, which is actually fewer per year than any president since Grover Cleveland in the late 80s.  Hey Congress, you gridlocked?  How about a little executive order in your face?  Republicans are not on board with any of it.  Some orders, such as the negotiating with terrorists one, are toughies.  However, Republicans are focusing on the President’s “unilateral changes to the Affordable Care Act, known (now ironically) as Obamacare.”

Republicans, I get it, you’re caught up in the moment.  With a country so divided, it’s tough to jump off the party boat.  But, you’re losing me on this whole Obama is bad enough to sue but not bad enough to impeach action plan (uh but I also don’t think you should impeach Obama).  What are you hoping to happen?  That Obama learns his lesson and stops making executive orders?  Spoiler alert: he won’t.  And hold up.  Does Obama’s salary come from taxpayer money?  Are you using my money to sue me for more of my money?  #wtf.

Setting aside any opinion about the war in Gaza (pray for #peaceinthemiddleeast), I’m going to offer a solid quote by Israeli Prime Minister Netanyahu “…a society is tested not by the extreme fringes of that society, but how it takes care of them.”  To clarify, moving towards the fringes is frowned upon.

Republicans, your move to sue Obama, real fringy.  FYI–when people call you fanatics and/or fringy, it is not a compliment and it is not because they are jealous of you.  Our President isn’t perfect.  He is, after all, just a man.  But 99% of you are probably lawyers or have sued someone or have been sued.  Or at least read the news or watch TV.  You know how much money and time lawsuits consume.  Appeal the orders, negotiate, there are other options–we’ve resolved more and less serious issues without this lukewarm resource-wasting lawsuit junk.

Especially with everything going on in the world, you’re doing exactly what you are trying to prevent.  When thinking about the oaths you took–57% of Americans do not agree with what you are doing–and this is something totally in your control.  It’s hard to believe that at any time in the future, any one will look back to reflect, wow, that move to sue President Obama…really outstanding, so tremendous.  Think about that Republicans.  You can still do the right thing.

P.S. To cheer you up….a mom took the most adorable photos of her 10-month-old baby and their rescue dog: Life gets busy, so when I do a whirlwind tour of what’s going on, you get to come with.  Don’t worry, all links open in a new window, so you won’t even lose your spot.

While Republicans are busy suing President “why you gotta be mad” Obama, a young girl writes the President to ask why there are no women on US currency.  Anyone else feel like kind of a jerk for not even thinking to wonder this?  On the upside, our economy is up by 4% and tea party people agree with liberals that GMO (genetically modified foods) should be labeled as such.  And here I thought the “common ground” is that we are all Americans.  In Maine, what looks like a murder-suicide of a family of 5 proves yet again that people who appear nice can do really awful things.  On the West Coast, a teenager is accused of intentionally starting a fire that torched 20,000 acres of San Diego, CA, causing about $10.4M in damages and costs.  Um…also in San Diego, a 17-year-old was beaten while attending the Comic-Con 2014.  Seriously.  Wtf is wrong with people?  In the world, children and women continue to flee the horrors of Syria’s civil war (the photos are heartbreaking) and the largest Ebola outbreak ever has killed at least 672 people in West Africa.  Palestinians and Israelis are still engaged in a war where even UN safe zones are not safe.  Pray for #peaceinthemiddleeast.  To continue in horror, the rebels in Ukraine have allegedly scattered land mines at the MH17 crash site.  Running off with dead bodies in refrigerated trains and stealing plane pieces apparently isn’t enough.  Nothing yet on MH370.  Turning to South Africa, after hanging out in a night club and verbally crapping all over President Jacob Zuma’s family, Oscar Pistorius is waiting for closing arguments (as I am) in his trial scheduled for August 7-8, 2014.

Oscar, please tell me this isn’t so.  Not only did you “accidentally” kill (say it) your girlfriend by shooting her with exploding bullets, play the victim in the resulting South African murder trial, and allegedly run over a dog while texting, get out, shoot the dog in the head, and drive away.  Now you’ve gone and compared your pain to that of a Holocaust Survivor’s???  Mercy.  Seriously, mercy.  You are so special that all these improbable things had to happen to bring you to where you are today, aren’t you?

OP’s High Court murder trial in Pretoria, South Africa is on break, scheduled to resume August 7, 2014 for closing arguments (Gerrie Nel, I can’t wait!).  YouTube will probably have the video.

Apparently (full article on Yahoo! Sports), for the first time since Feb. 14, 2014 (exactly 1 year after he shot Reeva Steenkamp), this is what OP tweets in rapid succession: a psalm, a photograph, and a passage from an Austrian psychiatrist and Holocaust Survivor.  These me, me, me tweets come after OP’s 30 day psych eval (that annihilated any psych defense), and after OP’s defense team rested (because no one wanted to testify). 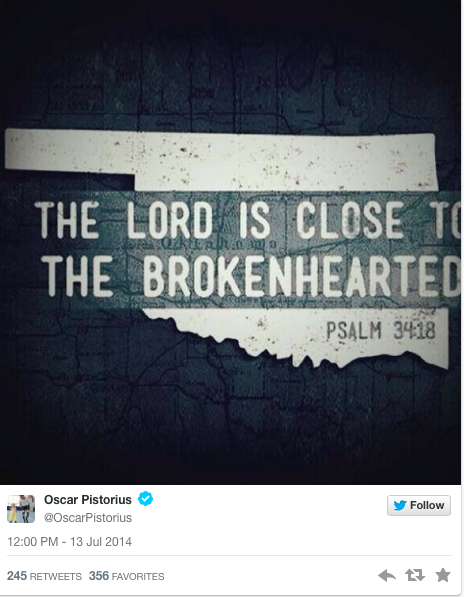 The passage is from a book written by Holocaust Survivor and psychiatrist Viktor Frankl.  In “Man’s Search for Meaning,” Frankl discusses the concept of Logotherapy, where a basic principle is “life has meaning under all circumstances, even the most miserable ones.”

Only your actions are not making sense.  Your attorney looks like he is doing everything he can (except maybe the deal with Roger Dixon), and your family and friends are doing their best to support a loved one.

This outrageousness must stop,